The Sporty Supaheroe* cycle jacket has "intelligent" sensors and dynamic LEDs meaning that it could glow bright red at the back when the cyclist is breaking. The range should be released later this year by the utopeproject. I want one! (HT: SS) 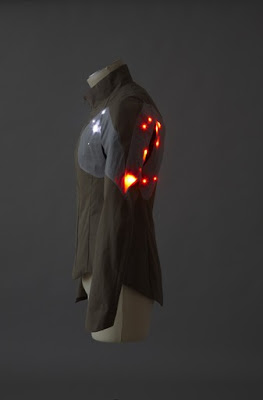 *The name is not my fault

Email ThisBlogThis!Share to TwitterShare to FacebookShare to Pinterest
Labels: cycling

The Oil Curse: How Petroleum Wealth Shapes the Development of Nations

I just attended a presentation by Micheal L Ross on his book: The Oil Curse: How Petroleum Wealth Shapes the Development of Nations. I learnt a some very interesting things in a short time that thought I would share whilst wolfing down my lunch*.

-- Oil countries have higher birth rates and lower female participation rates in the labour force. Possibly due to the fact that Dutch Disease kills sectors in which women tend to participate, such as the export manufacturing and agriculture sectors.

-- Since the end of the cold war there has been a significant reduction in the number of civil wars in countries. But this reduction comes entirely from non-oil producing countries.

--The number of democracies has increased significantly since the end of the cold war but this is entirely in non-oil producing countries.

-- The oil curse only started to appear following the price hikes/wave of nationalisations that occurred in the 1970s. Prior to this, oil producing countries were no more likely to have a civil war, no more likely to be a dictatorship and their budgets were as transparent as other countries.

-- Countries with only off-shore oil are significantly less likely to have a civil war than countries with some on-shore oil - in fact they are about as likely as non-oil producers to have a civil war. This suggests that tribal, ethnic, regional tensions are exacerbated if those in oil-producing regions do not feel they get their fair share and the ability of fighters for these causes can use oil to prolong fighting.

-- There are currently only about five major oil producers in sub-Saharan Africa but this is likely to double or even triple by 2050 as more exploration is done on the continent, as oil demand increases, supply runs out elsewhere and the resulting price increases make it viable to produce in the region. This makes it important to try to address some of these issues.

*A part of the 'Insights into the exciting lives of economists' series
Posted by Unknown at 1:54 PM No comments:

Climate change and its link to life

I came across THIS nice little collection of articles on how climate change effects life. I think it might be being done for a class.

Posted by Unknown at 4:39 PM No comments:

David Frum argues that the best way for the (US) government to reduce oil dependence is to 'do nothing'. By 'do nothing' he seems to mean tax dirty energy and reduce income taxes by an equivalent amount*. If consumers really value polluting, they will spend all of their reduced taxation on that, if not, they can maybe use their extra cash to buy a bike and cut down on petrol. Given that 40% of trips in the US are under 2 miles and 90% of these are done by car, this seems possible even with current sprawling suburbs. Although there are issues, some independent-minded folk from Raleigh, North Carolina have been trying to figure out how to make Americans walk more (a short, fun video). I think that higher taxes on fuel are a practical and moral obligation.

Unfortunately, maybe your kid will learn that climate change is a big hoax in school. And Newt Gingrich seems to think that a free-market supporting American government should intervene to guarantee cheap petrol (HT:JK). The flip side is that taxes would have to rise to pay for the increased subsidies and there will be more floods, droughts, forest fires across America as a result of the increased pollution. It doesn't seem like such a fantastic deal.


* In the sense that this means no net change in the burden on the taxpayer, this is 'doing nothing'. But I think he undersells himself in that changing behavioural incentives to minimise negative externalities is a difficult and important part of governing a country.

Who cares about climate change?

58% of Americans, 68% of Europeans and a full 99% of people who live on small islands. That is what I learnt in a nice little seminar I went to yesterday chaired by Andrew Steer, the World Bank's special envoy for climate change. The Maldives puts some of its tourist dollars into a special trust so that they can eventually buy a new homeland when they go under the sea. Not a bad idea... The US Navy apparently assumes a 1.2 meter rise in sea levels by the end of the century and some of the island nations are working on the possibility of up to 5 meters. 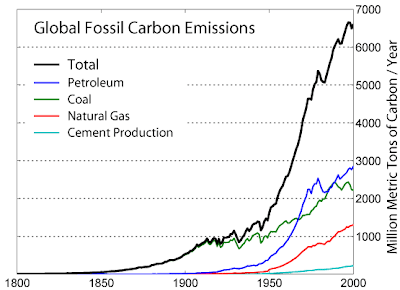 Posted by Unknown at 5:42 AM No comments:

Bikes are really taking off in Africa! Global Cycle Solutions are doing a great job making them a 'vehicle of transformation' in Tanzania, you can join the Zambia bike challenge, or the Uganda bike challenge, there is a possibility of manufacturing bikes for the first time in Africa.

Just posted by the wonderful folk at Kick4Life Lesotho is this great little video on their program using bikes to collect rubbish and recycle it: ReCYCLE.

Posted by Unknown at 6:07 AM No comments:

Bikes to be manufactured in Africa

"Across Africa they are used to carry infants, lug sacks of grain and ferry boxes of vegetables and crates of chickens to and from markets. In Rwanda, people careen down hills astride homemade wooden versions bereft of brakes. The bicycle is a part of everyday life for many Africans. Yet, despite demand, there is no mass-market African bicycle manufacturer."

Read the rest of the article HERE (gated - create a free FT account to read)
Posted by Unknown at 12:59 PM No comments: